Steps After A DUI Arrest 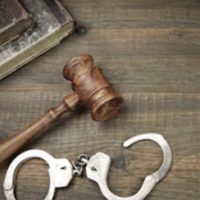 There are penalties in place when individuals are arrested for driving under the influence (DUI) in Florida. While it is common knowledge that driving drunk is against the law, many people facing charges do not understand the steps following an arrest, particularly if they are a first time offender.

It is important to have a knowledgeable Clearwater DUI defense lawyer on your side following an arrest. After all, there are many stages in which legal guidance is recommended, including hearings, pre-trial motions, plea deals, and, of course, at trial, if required.

Typically an arrest occurs if you have been pulled over and failed a sobriety test. Then, you will be taken to booking where your personal information will be gathered. This will include your fingerprints, identifying information, and photo. It is natural to feel emotional and stressed when going through the arrest process, but it is also important to pay attention to details as there could be a mistake made during the arrest that could result in your charges being dismissed later.

Next, you will wait in a holding cell until your first court appearance unless you are able to post bail. Bail is a set amount of money that allows you to leave jail as it is insurance you will return to court. At the arraignment, you will be asked to enter a plea, either guilty or not guilty, after charges are read. Your lawyer will inform you of the impact of one plea or another, letting you know of possibilities with each decision.

Pre-trial motions and conferences can be instrumental in building a defense. For example, if your attorney requests a DUI discovery, it means they will spend time gathering and analyzing evidence, including photos, videos, testing reports, and witnesses.

After discovery but still during the pre-trial period, plea bargains occur. Plea bargains are a way to resolve the issue without a trial. This is preferred if an individual lives out of state or a person is able to secure consequences they can live with. Trials are unpredictable, a plea deal allows you more control over outcomes.

If your case does go to trial, a Florida jury will determine if you are guilty or not. If you receive a guilty sentence, you could face severe penalties in the form of jail time, license suspension, and large fines. Hiring a Clearwater DUI defense lawyer means you will be informed at every step of the process.

Did a Florida DUI arrest catch you by surprise and now you don’t know how to navigate the legal process? A dedicated Florida lawyer has the credentials and experience to inform you of all of your options, each step of the way. After a DUI arrest, you need the advice of a criminal defense attorney to understand if a dismissal is possible and, if not, how to move forward. Connect with King Law Group as soon as possible after a DUI arrest to discuss next steps. Schedule your free consultation today.

By King Law Group | Posted on June 28, 2022
« Types Of Accounting Fraud And Your Defense
What If A Friend Had Drugs In My Car? »