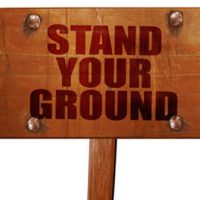 Florida’s “Stand Your Ground” law was implemented with the aim of giving victims of crime more tools with which to fight back. Its broad application has been linked to many cases where suspicions of disproportionate force have colored the outcome – but if you ever find yourself in a potentially dangerous situation, it is crucial that you understand what rights you actually have under the “Stand Your Ground” law. It may make the difference between acquittal and jail time.

Permits Use Of Deadly Force

Stand Your Ground laws, also known as castle doctrine laws, have been controversial since their first appearance on the books. Before they came into existence, someone facing threats had a duty to retreat – that is, to try and remove themselves from a dangerous situation instead of standing and fighting in self-defense. The duty to retreat, however, was not always practical, and led to needless injuries and deaths. Florida passed its stand-your-ground law in 2005, intended to give people facing threats of violence more tools with which to fight back.

The law does two main things in Florida: it abolishes the duty to retreat, and it allows the use of force – even deadly force – under certain specific circumstances, such as if someone is attempting homicide or violent robbery. For example, Sec. 776.012 of the Florida Statutes states that a person is justified in using, or threatening to use, deadly force against another person if they “reasonably believe” that this is warranted in order to prevent death or serious bodily harm, or to stop the commission of certain felonies. While “reasonable” belief is subjective, presenting relevant evidence can usually satisfy this criteria.

If you have been arrested and charged with a violent crime, but you used force because you reasonably believed it was appropriate to do so, you may assert the “stand your ground” law as an affirmative defense. If you do, there will be a pretrial hearing to determine whether enough evidence actually exists to warrant immunity. If there is, the case will be wound up at that point; if there is not, the trial will proceed and you may have to find other potential affirmative defenses.

In determining which path to take, it is important to be aware that if you use a standard self-defense argument and it is accepted, it may lead to a not-guilty finding, but if you are able to prove that stand-your-ground laws apply in your case, you are legally immune from prosecution and from any civil action stemming from the same incident, such as a wrongful death claim. The distinction is fine, but important. It is crucial to have an experienced attorney on your side who understands just how stringent the standards are in terms of making a stand-your-ground claim and ensuring it passes muster.

Any crime that involves violence is taken extremely seriously by Florida State’s Attorneys. If you have committed a violent crime, but believe your case falls under the “stand your ground” law, it is crucial to contact a Clearwater violent crime attorney from the King Law Group. We have experience in these types of cases, and we are ready to try and assist you with yours. Contact our offices today via our website, or on the phone at (727) 538-4265, for a free consultation.

By King Law Group | Posted on January 27, 2022
« Will My License Be Suspended After A Florida DUI?
Facing Domestic Battery Charges In Florida »