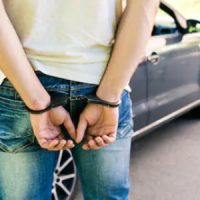 Florida takes driving under the influence of drugs and alcohol seriously. A DUI arrest can be followed by heavy fines and other tough consequences, including loss of freedom through incarceration. And the penalties you are facing will become much more severe if you also flee from an accident scene. If you are involved and arrested for a hit and run DUI, you need a legal expert on your side.

You are required, under Florida law, to remain at an accident site after a collision. If you have been arrested for drunk driving, talk to a Clearwater DUI defense lawyer as soon as possible. An experienced attorney can inform you of what options you have available based on the details of your arrest and if you have any prior convictions. Part of fighting for your rights is connecting with a professional who understands Florida DUI laws.

Consequences for Leaving an Accident Site

There are penalties for leaving a Florida accident site whether a driver was under the influence or not. Fines can range from $500-$10,000 and jail time can be as short as 60 days or as long as decades. When DUI charges are added, there are additional penalties in the form of fines and jail time for those offenses as well.

Beyond fines and fail time, additional penalties are possible:

While there are many concerns after a DUI charge, one of them is the financial impact of an arrest. Along with fines, you may be responsible for paying for participation in a substance abuse program and for the expense of installing an ignition lock device in your vehicle. Later, it is likely your auto insurance rates will rise. Rate increases will be particularly substantial if you left the scene of an accident, leading to hit and run DUI arrest.

Paths to Having Charges Reduced or Dismissed

After an arrest involving charges of being under the influence and leaving an accident site, you need an experienced legal professional to build your defense. A Clearwater DUI defense lawyer who understands DUI laws will look over your case and inform you of paths forward. For example, they can let you know if a reduction or dismissal is possible.

Are you unsure where to turn after a drunk driving arrest? DUI arrests and being charged with leaving the scene are serious offenses. You do not have to try and build a defense on your own. Instead, connect with a qualified Florida lawyer to learn what is possible given the details of your unique situation. If having your charges dismissed is not possible, maybe your attorney could work to have penalties reduced. Reach out and talk to the legal team at King Law Group as soon as possible to protect yourself, defend your rights, and discuss next steps. Schedule your free consultation today.

By King Law Group | Posted on September 16, 2022
« What Will A Criminal Defense Lawyer Do For Me?
Can I Refuse A Florida Breathalyzer Test? »