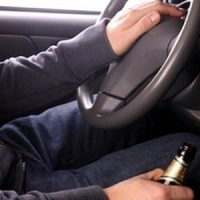 There are open container laws in many, but not all, U.S. states. An open container law is a rule that prohibits people in motor vehicles from having open containers of alcohol. In Florida, these rules are true for moving cars and cars that are parked. The language of the laws and their penalties vary from state to state. For example, in some states an open container is a criminal offense but in Florida it is a civil infraction. Of course, if a driver is under the influence the charges will escalate.

Being arrested for driving under the influence and having an open container in your car can lead to severe consequences. To determine the best path forward following an arrest in Clearwater or St. Petersburg, connect with a Clearwater DUI defense lawyer as soon as possible.

The Tampa area regulates alcohol-related offenses on a local level as well, including open containers at beaches and sidewalks. Timing is important, there may be a way to have your charge dismissed if the arrest was not performed legally, but pursuing a dismissal is only possible if you act without delay.

Any Container Is Considered Open If Seal Is Broken

It is unlawful for the driver of a vehicle or their passengers to have an open container of alcohol. Naturally, consuming alcohol is also illegal. An open alcoholic beverage could be one or more of the following.

This is true for all containers whether they are sitting on a front seat, a back seat, in a cup holder, or being held by a driver or passenger. If you need to travel with a bottle that has a broken seal, the only place it could be stored is in a locked glove compartment or in the separate, locked trunk compartment.

If the charge against you is simply an open container charge and you are not arrested for driving under the influence, you will likely receive a fine. A moving violation offense, the fine will likely be less than one hundred dollars. Also, points could be added against your license.

There may be a way to have these charges dismissed, an experienced attorney can help. This can be especially important for individuals who do not want points against their license. And if there is a driving under the influence arrest, connecting with a Clearwater DUI defense lawyer is essential.

Did an officer charge you for a DUI and used an open alcohol container in your vehicle as evidence? You need a skilled defense lawyer to advocate for you. Do not attempt to defend yourself against charges, penalties can be severe. Protect yourself and your freedom after being arrested for a crime. Connect with King Law Group to understand your options. We have the experience required to defend you against alcohol-related offenses. Schedule your free consultation today.

By King Law Group | Posted on March 28, 2022
« What If I Fail A Florida Sobriety Test?
Do You Believe You Received Ineffective Counsel? »